Picture this: It’s Saturday morning. You have just closed out another successful Cars ‘n Coffee type event, when a younger male walks up to you, points to a low end 1970 small block Chevrolet Chevelle with a column auto and a bench that’s been sitting in your inventory for a few months now and enthusiastically states “I’ll take it”! You strike up a quick conversation, make a deal and he goes on down the road. About a week later he calls after business hours in a panic. “My car won’t start! WTF is this?” You arrive to work the following day to hundreds of nasty emails and voice messages from seemingly random individuals and overnight your rating on virtually every customer review site has gone from five stars to one. Turns out your newest customer is a bit of a social influencer and has taken to the web to protest. You catch up with your enraged client and following approximately three seconds of Q&A, determine it’s a $8.00 battery cable. You send your lot guy to the client’s location, they make the quick repair and he agrees to take down his posts and follow up with something nice about you. There’s certainly been damage to your online reputation, but you took care of it and it’s time to move on. 5 months later, your social media randomly explodes with negative feedback and it starts all over again……..

Now picture this: You get up early on a Saturday morning and head over to your local collector car dealer to hit up this weeks Cars ‘n Coffee. You’ve been going for a while now, checked a few things out up close and have watched about a billion videos on Youtube. You have also worked your ass off, saved your money and now its time…. And that one over there, looks just like the Chevelle from John Wick. You walk inside, throw the dealer an offer and he accepts! You drive away feeling like a million bucks. You spend about a week driving the thing everywhere and over the course of your travels, a couple of things start to become apparent: this thing feels kind of small inside and its not fast…. Like at all. No big deal though! Nothing feels cooler than this! That evening, you go out to your garage ready to hit the town and the damn thing won’t start! They sold me a lemon! Of course, you’re disappointed and a little embarrassed. My Toyota starts every time! I worked too hard for this! I spent almost $18,000! I’ll show him……..

It’s no secret that at Motorwerks, we represent some of the world’s most prestigious, highest volume sellers of collector, classic and specialty automobiles. From top tier auction houses, to dealer groups, to low volume local specialty sellers, to builders and restorers, we see a little bit of everything here. Combine that with the fact that our staff is made up almost entirely of Millennials and younger Gen X’ers and it provides us with an interesting perspective on the challenges faced by both sides. At this point we have watched our clients and their clients suffer with the above situation dozens of times and personally felt the frustration experienced by both of them going both ways. Dealers do the old car thing every day and assume anybody that walks though the door has the proper frame of reference prior to buying an old car. A lot of newer generation, first time buyers only have experience with cars crafted since the inception of airbags and ABS. This creates an obvious disconnect, but (as with most things) communication is the key to solving our differences and bringing our worlds together.

Here’s a couple of key things that newer, first time buyers need to understand about owning collector cars, that dealers and sellers may not be doing such a great job of explaining………. 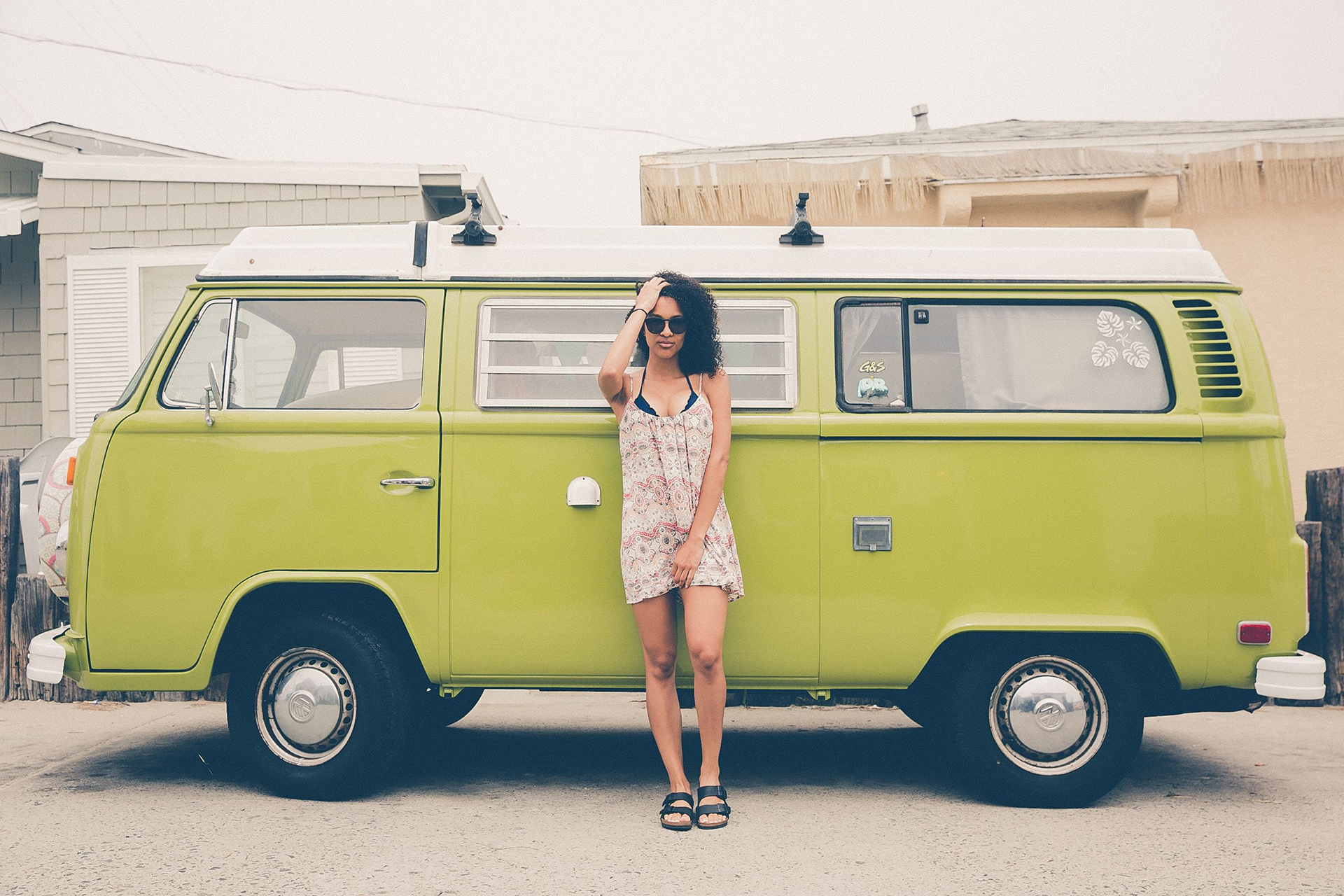 1. Owning a Classic Car Isn’t Like Owning a New Honda

Fun fact: Old cars do old car things. This means they break A LOT. From the perspective of a new, first time owner, be ready for it to happen either right after you drive off the lot, or shortly thereafter. Although most dealers test drive and safety inspect their inventory, all old cars have gremlins that only an owner will experience. Also consider that often times collector cars sit in showrooms for a few months prior to sale. Old cars don’t like to sit and this can also lead to an exacerbation of issues that could likely clear up on their own, with a slight tune up, or with a minor degree of use. Is this the dealer’s fault? Nope! It’s part of the charm of old cars. They are quirky, unreliable and they don’t come with a 3-year 36,000-mile bumper to bumper warranty. Don’t expect them any other way.

2. Old Cars Are Not Fast

For many of us (myself included), we strike up mental images of things like a Ferrari Testarossa with a howling V12 when classic performance is mentioned. The crushing truth however is that a Testarossa does 0-60 in about five and a half seconds. This is about the same get up and go presented by that modern day, Ford Mustang V6 rental sled that you splurged on when you visited your sister in Houston a few years ago. It’s certainly fun to envision yourself like Jason Statham driving up an escalator in a ‘73 Riviera Boattail, but chances are, its going to take more than a heavy dose of the “Chinese Stuff” to make that happen. The recent rise in popularity of Restomods certainly speaks to the desire to have something old that feels new, but it costs hundreds of thousands of dollars to achieve and more often than not, it still can’t keep up with newer offerings that are right off the showroom floor, which also cost a fraction as much overall. If speed is your primary motivation, buy something like that instead of a classic.

If you are looking for something tight and quiet with a spacious interior, great AC and 48-way power seats, most old cars are probably going to let you down. If you want to hear, see, smell and feel things when you drive there’s nothing like a vintage car. Old cars connect all your senses to a surrounding environment in ways that technology has all but eliminated. As people crave safety over experience, thus they also received isolation. Of course, physical appearance, investment potential, history and coolness factor into why people want to buy old cars, but those shouldn’t be the exclusive angles. Driving an old car is different and you’ll either love it or you won’t. Make sure you know which side you are actually on before you throw down your hard-earned cash and take that plunge.

4. Collector Cars Can Appreciate, But They Can Also Depreciate……. HARD

When was the last time you bought an awesome new toy, enjoyed it to its fullest and then sold it at a profit? It happens all the time with collector cars, and sometimes with shocking profits attached. Take this with a bit of warning, however. It can go the other way ever faster. Of course you initially want to buy smart, but if you can’t make a commitment to the maintenance and stewardship required to be a proper caretaker, it doesn’t matter how well you go in. It will become a financial liability. Collector cars do take work and sometimes require specialists. Good news is, there’s lots of great, knowledgeable and affordable mechanics out there and if you do have to do the work yourself, it’s fairly easy and it’s fun!

5. There’s Nothing More Rewarding Than Being the Caretaker of a Classic

So far, this seems like a list of reasons not to buy an old car, but those are just easier to point out. The reality is, that old cars are impractical, expensive, unreliable and time consuming. So why own one? Simply put, the reason you own a collector car is because you love it. Part art, part history, part therapist, part friend, old cars possess something that very few other things on earth can match. They have real soul, and it’s that soul that gets under your skin. It’s that feeling when you fix something you didn’t think you could. It’s the way you have to have a seat near a window at the restaurant, so you can stare at your car the entire time you eat. It’s knowing that you are saving something wonderful for people in the future to enjoy, long after they can no longer enjoy you. As new cars become more and more appliance like, this stuff gets underscored even further. I often times say that despite the endless frustration thrown at me by my Alfa Romeo, it’s like the dog. It stays….. period. Collector cars are love and that’s why you want one.